Agricultural incomes up 10 per cent 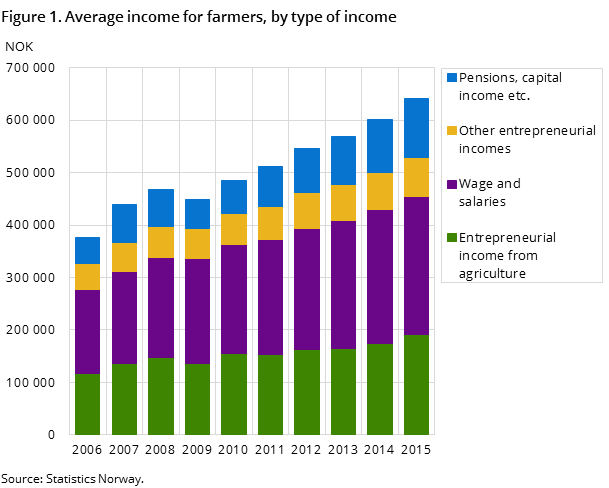 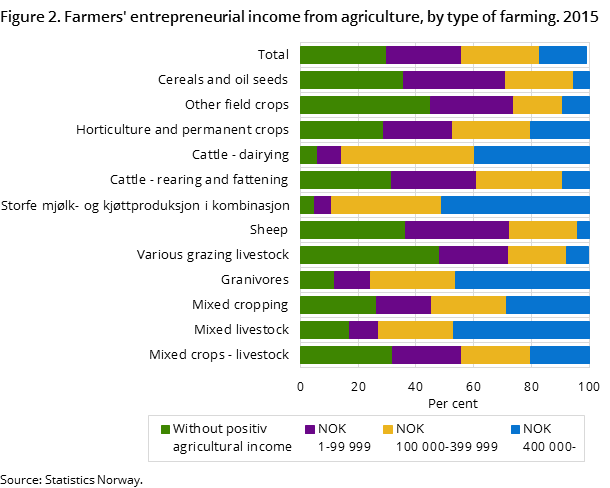 Most debt for farmers with pigs and poultry

Farmers had a total debt of NOK 78.7 billion in 2015, corresponding to an average of NOK 2.0 million per farmer. The debt ranged from NOK 1.2 million for farmers with specialist sheep up to NOK 5.0 million on average for farmers with specialist pig/poultry and with mixed livestock. About 19 per cent of the farmers had less than NOK 100 000 in debt, while 14 per cent had more than NOK 4 million in debt. Total interest paid in 2015 amounted to NOK 2.7 billion, with an average of NOK 68 000 per farmer. 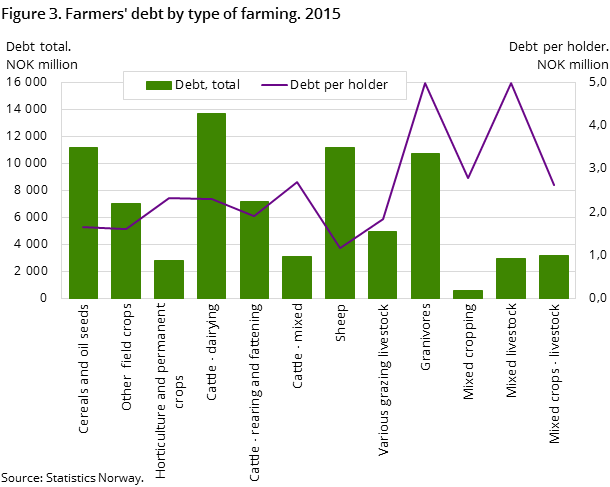 What the statistical basis includes

The statistics are based on tax return data and comprise the population of agricultural holdings operated by a natural person. Of a total of 42 018 holdings in 2015, 39 600 holdings are included in these statistics.

Deductions, inter alia interest on debt, are not deducted from the income. The statistics are based on data sources where total debt could not be broken down into entrepreneurial debt and private debt.