In the period from August 14th – August 20th the export price of fresh salmon came to NOK 55.63 per kilo. This is a decrease of 6.6 per cent compared to the previous seven-day period.

The export quantity of fresh salmon was 17 023 tonnes in the period August 14th – August 20th. This is 2.0 per cent less than in the previous week, August 7th – August 13th, when exported volume was 17 373 tonnes, according to the statistics Export of salmon. 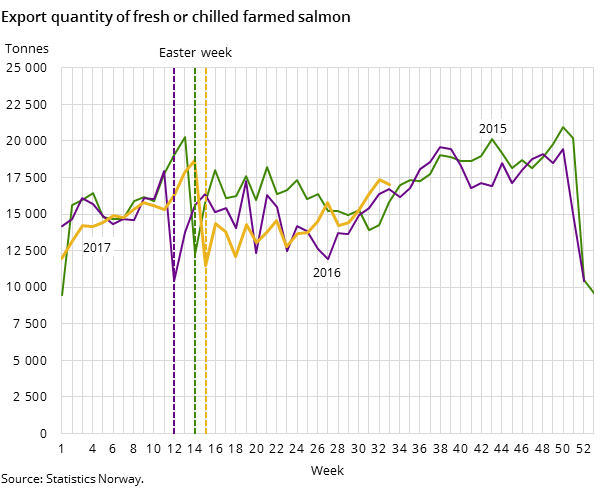