Indicators on education in the OECD, academic year 2005/2006 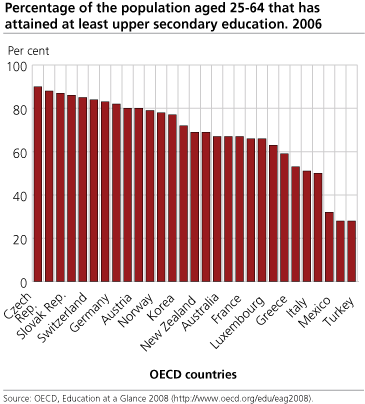 Females are closing the gap in earning doctorates 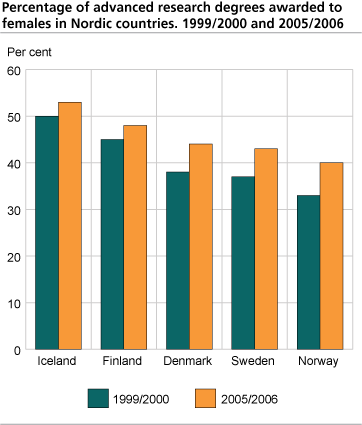 30 per cent of people aged 20 to 29 years in Norway were enrolled in education in 2006. The country mean in OECD countries was 25 per cent for this age group. All other Nordic countries, and also Australia, Greece and Poland, had higher proportions in education among 20 to 29 year olds.

More indicators in Education at a Glance 2008

Table 1 Distribution of the 25-to-64-year-old population, by highest level of education attained. 2006