Compared to the year before, most types of penal sanctions saw a drop in 2017. A significant decline in court-issued sanctions means that the number of sentences is the lowest since 1987.

In 2017, 277 000 penal sanctions were registered, which is a 4.7 per cent drop from 2016. In total, 249 000 persons were given one or more of these sanctions. This is shown in new figures from the statistics on Sanctions. The majority of sanctions were made up of the 210 000 on-the-spot fines issued by the Prosecution Authority for minor traffic and customs violations, and these on-the-spot fines have the biggest impact on the overall development in the statistics. The other 50 000 legally valid sanctions issued by the prosecution authority represent a 7.4 per cent decline from the year before.

Relative to the year before, the biggest drop was seen for sanctions issued by the courts, with 11 per cent fewer sanctions than in 2016. In these statistics, the 17 700 court-issued sentences is the lowest since the 1980s. When factoring in the population growth, we must go back to the 1960s to find a year with fewer court-issued sanctions, as shown in figure 1.

1 From 2014 Juvenile sanctions are included in Special santion or other type of sanction.

Figure 2. Sanctions sentenced by court of justice, by type of sanction

In 2017, there are two exceptions to the general decline in sanctions, namely instances where charges are conditionally dropped and special sanctions. Charges were conditionally dropped in over 3 700 instances, which was 13 per cent more than the year before and represents more than a doubling since 2007. This development is in line with the trend described in previous articles. Furthermore, 2017 also saw a total of 55 special penal sanctions, which is more than any year since the introduction of these types of sanctions in 2002.

Decline for most types of offences

The overall decline in the number of sanctions over the last decade is particularly driven by the drop in traffic offences, also when discounting on-the-spot fines. Since 2010, there has also been a significant drop in cases in which thefts and receipt of stolen property make up the principal offence. Furthermore, there has also been a decline in sanctions for drug and alcohol offences and public order and integrity violations, with a combined drop of 18 per cent since 2015.

A new sanction register was introduced on 1 October 2015, with new rules for registration, and 2016 is the first statistical year in the sanction statistics where data for the whole year is used from this register (except for on-the-spot fines and a small number of other fines and conditional prosecution waivers). New registration practices make the comparison with earlier years uncertain, especially for the year of transition, 2015, where the number of registered cases seems to have been extraordinarily high. See ‘About the statistics’, under the section ‘Production’, ‘Comparability over time and space’, and the article about the statistical year 2015.

In addition to the new sanction register, a new penal law came into force in October 2015. The new penal law no longer differentiates between felonies and misdemeanours. This categorisation was therefore removed from the statistics as of 2015. Statistics Norway’s new standard classification of offences was implemented in the statistical year 2015.

In 2017, certain offences which have seen a stable or increasing trend over the previous years contributed to the overall decline, such as fraud and threats. The exceptions to the general decline are primarily certain offences that are particularly serious, such as rape, severe violence and aggravated fraud, as illustrated in figure 3. Furthermore, 2017 saw a 4.7 per cent increase in sanctions issued for smuggling, mainly due to more on-the-spot fines issued by the Customs Service.

Fewer sentences for violence and maltreatment

Figure 3. Sanctions sentenced by court of justice, by selected types of principal offences

Despite the increase in the number of sentences for some of the most severe violent offences, the decline for other types of violence and maltreatment was far greater, also when measuring the combined amount of prison sentences sanctioned. Thus, violence and maltreatment is the group of offence contributing the most to the overall drop of 8.5 per cent in the number of unconditional prison days sentenced in 2017 compared to the year before.

In total, the Prosecution authority and the courts issued 264 000 sanctions including fines in 2017, which is less than every year since 2003, as illustrated in figure 4. Apart from on-the-spot fines, just over 46 000 of the fines in 2017 were issued as ticket fines. Furthermore, 8 000 fines were issued by the courts, of which 77 per cent were in combination with a prison sentence. In 2017, there was a decline for all these forms of penal fines.

Despite the decline in fines, the total amount of fines measured in NOK increased by 16 per cent from the year before. This amount varies from year to year, and is especially influenced by big fines issued to enterprises. However, the 2017 increase is mainly due to the rates for on-the-spot fines being considerably higher from 1 January 2017. Compared to 2016, this increase significantly affected the size of the fines, as shown in figure 4. In total, the fines issued in 2017 amounted to nearly NOK 1.3 billion.

Figure 4. Sanctions with fine, by amount of fine 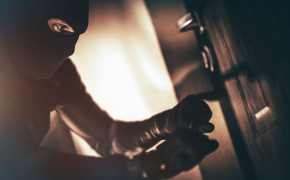 The police and prosecution authority registered 317 900 offences in 2018. This is on a par with the record low year of 2017, and the reports show a continued drop in theft and narcotic offences. 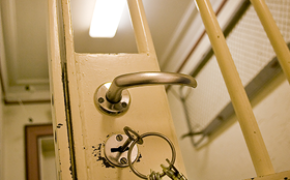 Fewer offences solved in the year of reform 2017

The police and prosecution authority completed the investigation of 288 800 offences in 2017. This is 9.6 per cent fewer than in the record low year of 2016, and the drop in the number of solved offences and corresponding charges against perpetrators is even greater. 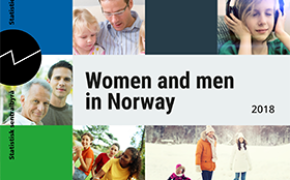 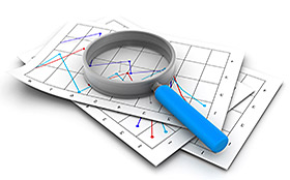 Crime and punishment among immigrants and the remaining Norwegian population

Registered crime and punishment among immigrants and Norwegian-born persons with two immigrant parents are described and compared with the remaining Norwegian population.