Interest rate likely to have peaked

The Norwegian economy is facing a change of pace. Lower international growth means that the economic upturn is likely to be over within a year’s time.

There are strong indications that the global economy is now entering a downturn. This is due to several factors: the recent substantial escalation of the trade war, increasing uncertainty about the outcome of Brexit, and the weak growth in several key industrial countries. Among other things, this has led to long-term interest rates falling significantly. One quarter of the world’s total public and corporate debt now bears a negative interest rate. Many international investors now want to pay in order to make a small loss, as insurance against a large loss.

An expansionary fiscal policy was in place during the period 2014–2016, but from 2017, the budget had a more neutral orientation, which continued in 2018. Although growth in public investment and consumption is expected to be somewhat below the trend growth in the years ahead, the ageing population will push up expenditure for retirement pensions and other benefits. Overall, these demand components are expected to increase by around 2 per cent per year. The combination of cyclically-neutral expenditure growth and small changes in the tax level means that the budgetary impulse is expected to remain almost constant throughout the projection period. Petroleum revenue spending will thus be around 2.5 per cent of the value of the oil fund in 2022, which is well below the fiscal rule if we assume that the real return on the fund will be around 3.0 per cent.

Investment in the petroleum industry was almost halved from the third quarter of 2013 to the first quarter of 2018, and this was followed by a moderate rise throughout the remainder of 2018. In 2019, we expect marked investment growth, mainly driven by the Johan Sverdrup phase 2 and Johan Castberg fields. We expect a decline in investments for field development in 2020 and 2021, the sum of which will not be fully offset by growth in other investment categories. We expect new growth in field development in 2022. Our projections therefore reflect a fairly flat development of petroleum investment in the period 2020 to 2022.

Business investment expected to level off

From 2015 to 2018, business investment has grown on average by 9.5 per cent annually. In 2019, we expect investment growth to remain well above what we consider to be the trend growth in the economy. However, from 2020, the international economic downturn will dampen investment growth. Following completion of wind farms as well as projects in the oil refining, chemical and pharmaceutical industries in 2019, industrial investment is set to decline in 2020. According to our calculations, the business investment level as a whole will remain roughly unchanged from 2020 to 2022.

Weak growth in housing investment in the years ahead

From mid-2018, housing investment began to rise again after falling in the fourth quarter of 2017 and the first half of 2018. In the last four quarters, growth has been moderate. House prices have also seen moderate growth in 2019, and according to Real Estate Norway’s property price index, house prices fell by 0.7 per cent in July. Although interest rates remain unchanged at today’s low level, it appears that house price growth will be modest in the years ahead as a result of moderate income growth and higher real interest rates after tax. The slight fall in real house prices will weaken the development in housing investment throughout the projection period.

Consumption growth on a par with trend growth

Consumption is driven by the course of household income, wealth and interest rates. Growth in wage earnings, which are the main source of income for households, is expected to be reduced as a result of the falling growth in employment. Welfare benefits will make a positive contribution to the growth in disposable real income during the projection period, following weak growth in 2018. Weak development in real house prices will, however, curb consumption growth. Overall, this means that growth in consumption in the years ahead will be around the trend growth in mainland Norway.

During the economic upswing, wage growth has picked up. Following record low growth in average annual salaries of 1.7 per cent in 2016, wage growth increased by 2.8 per cent in 2018. We expect wage growth to rise further in 2019 to 3.4 per cent. Although energy prices are falling, which in isolation will improve the profitability of the businesses through lower costs, the profitability in the next few years will be reduced as a result of poorer international economic conditions. The scope for a further increase in nominal wage growth seems limited, and we expect wage growth to remain around 3.5 per cent in the years 2019–2021, before falling slightly in 2022.

Unemployment has fallen almost continuously from just over 5 per cent in early 2016 to 3.6 per cent on average from May to July 2019, according to Statistics Norway’s Labour Force Survey. Over the past six months, the growth in employment has been particularly strong in the construction industry and in several service industries outside of public administration. As an annual average, we expect unemployment to be 3.6 per cent in 2019. Lower international demand will dampen the demand for labour in the years ahead and the unemployment rate will increase to 3.8 per cent in 2022 according to our calculations.

The krone has been weak since 2016, and has weakened further in the summer of 2019. The import-weighted krone exchange rate (I44) is around 5 per cent weaker at the beginning of September than at the beginning of 2017, when the economic upturn began. We have assumed unchanged exchange rates throughout the projection period, but there is considerable uncertainty about the development in the exchange rate going forward. Our assumption means that the import-weighted exchange rate on an annual basis will weaken by 2.6 per cent in 2019 and 1.5 per cent in 2020, and that one euro will cost NOK 10.0 up to 2022.

Interest rate peaks and inflation edging towards the target rate

Inflation has fallen somewhat in recent months and was 1.9 per cent in July, measured by the 12-month growth in the consumer price index. Going forward, the weak krone will push up imported inflation. This will be offset by lower international price inflation in imported goods as a result of weaker international economic activity. With a slight rise in productivity growth and roughly unchanged wage growth in the coming years, inflation is set to remain close to the target inflation until 2022. This development assumes that Norges Bank will keep interest rates at the current level throughout the projection period. Although the outlook for the international economy is now less positive, it appears that the weak krone will prevent Norges Bank from having to reduce interest rates in the years ahead. However, there is considerable uncertainty surrounding the development of the krone exchange rate, and if the krone strengthens against the level that Norges Bank considers to be an equilibrium level for the real exchange rate, interest rate cuts may still be necessary. If, on the other hand, developments in the international economy are more positive than we have assumed, for example as a result of dampening trade tensions and the consequences of Brexit being more moderate than envisaged, there could be scope for Norges Bank to raise interest rates in the years ahead. 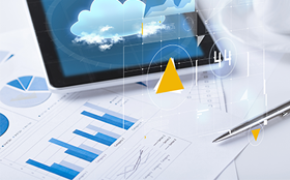 The Norwegian economy remains in a moderate cyclical upturn.