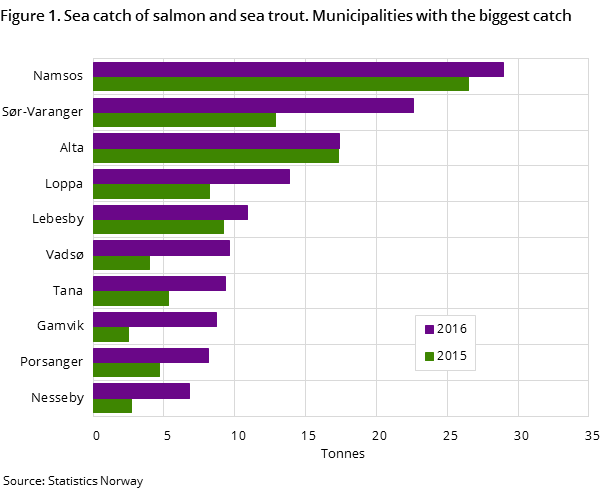 Finnmark is the most important county for sea catches of salmon, with a total catch of 134 tonnes in 2016. This is an increase of 50 per cent compared with the year before, and made up half of the total salmon catch in Norway. Sør-Trøndelag had the biggest drop, to 19 tonnes in 2016, nearly halved from the year before. Variations in catches are connected to the fishing regulations and the return of salmon to the rivers. 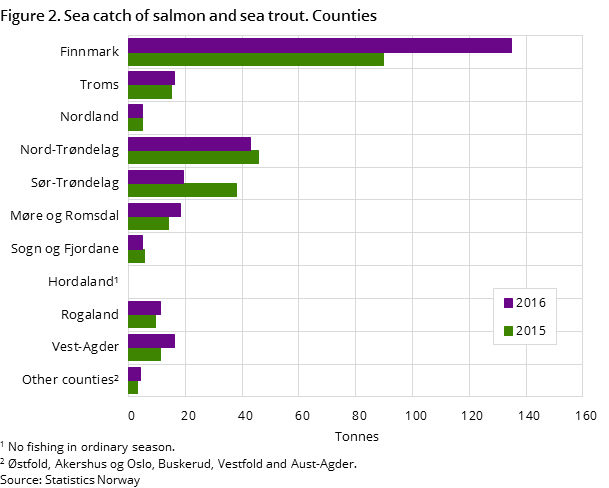 In the coastal counties from Rogaland to Troms, fishing for escaped farmed fish is permitted. The time period for this type of fishing is between 5 August and 28 February.