Does parenthood imply less specialization than before?

Open and read the publication in PDF (4.9 MB)

The presence of children still tends to reinforce a traditional division of labour in couples in many countries.

Does parenthood imply less specialization than before?. Tales from the Norwegian time use surveys 1980-2010

Discussion papers comprise research papers intended for international journals and books. A preprint of a Discussion Paper may be longer and more elaborate than a standard journal article as it may include intermediate calculations, background material etc. 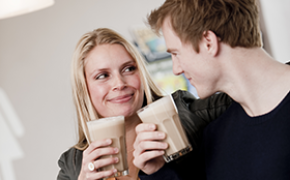