Variants of the statistics:

The statistics has been discontinued.

Low energy use due to mild weather

In 2011, the average energy consumption in industrial buildings within service industries was 230 kWh/m2. Adjusted for temperature, energy use was 244 kWh/m2. The energy use in hospitals was among the highest. 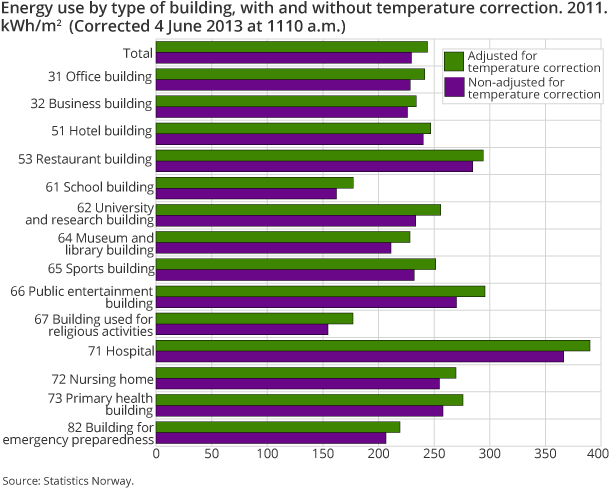 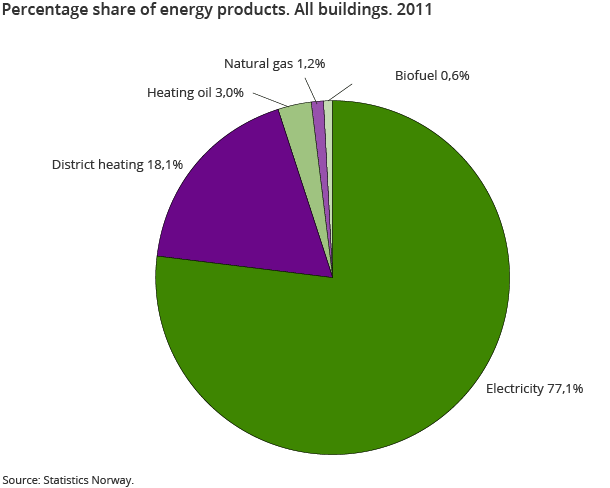 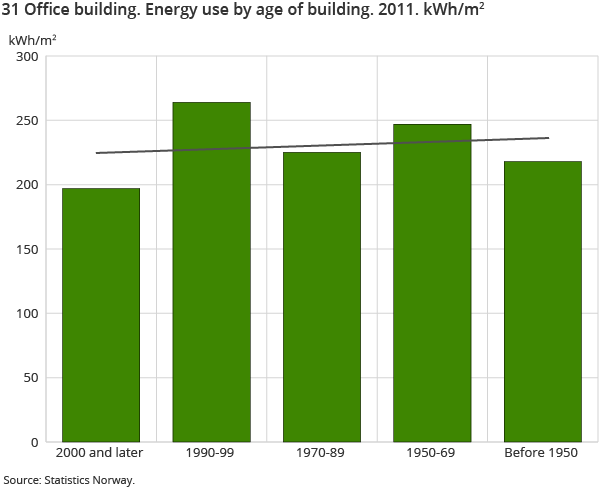 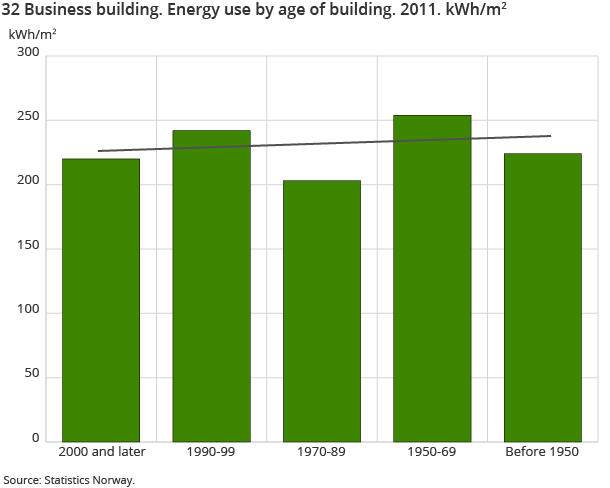 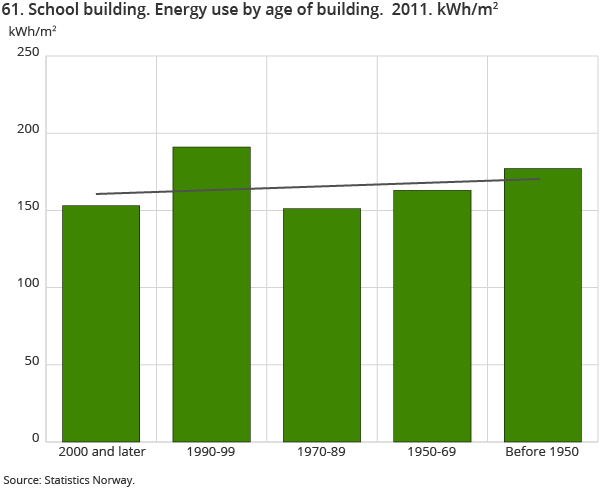 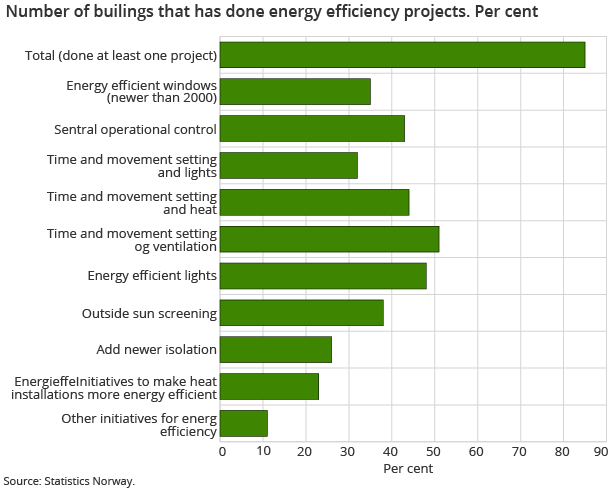 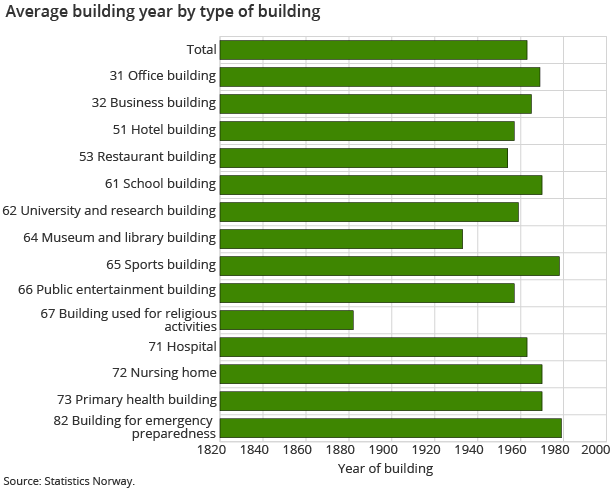 High energy use in hospitals

The statistics show large variations in energy use per square metre between and within different building types. This can be explained by differences in building constructions, area of application, the amount of electrical equipment and the scope of energy efficiency measures implemented. Buildings with a high energy use had extremely energy-intensive equipment, while those with a very low energy use had limited technical equipment and a short period of use.

The energy use in hospitals was among the highest, at 375 kWh/m2 in 2011 (not adjusted for temperature). Schoolhouses and kindergartens are among the building types with the lowest energy use per square metre. Primary schools and upper secondary schools used on average about 150 kWh/m2.

The statistics are based on a survey of 6 100 buildings. A total of 5 200 buildings responded to the survey, while a little more than 2 800 buildings had approved energy and buildings data and form the data source for these statistics.