Decrease in interest payments, but increase in debt for home owners

Interest payments on home loans have decreased since 2012, but the home loan debt has increased. Families with children have the largest yearly housing costs. However, the housing costs of single parents and one-person households are most burdensome.

Decrease in total housing costs for owners, increase for tenants

Three quarters of Norwegian households own their dwelling. Interest rates have been very low for several years. The numbers from the Survey of Living Conditions show that the total housing costs for owners have decreased, and that a large share of the decrease is caused by reduced payments of interest for home loans. Owners paid a yearly average of NOK 40 000 in interest in 2012, whereas the payments are NOK 29 000 on average in 2018.

One quarter of Norwegian households rent their dwelling. The tenants have experienced an increase in their total housing costs since 2012 due to higher rents. Tenanted households paid an average of NOK 70 000 in rent in 2012, compared to NOK 77 000 in 2018.

Couples with children spend most on their dwelling

Young couples without children also spend more than the national average, at NOK 116 000 per year. The fact that such couples are often starting their working life, setting up home for the first time and living in big cities are possible explanations for their spending being higher than any other couples without children. Single-person households and elderly couples have the lowest total housing costs, ranging from NOK 62 000 to NOK 85 000 on average.

Figure 3. Share of households that experience their housing costs as very burdensome. 2018. Households

One in ten single-person households and single-parent households perceive their housing costs as very burdensome, which is twice as many as the national share. This might be because these household types have lower average income than households made up of couples. 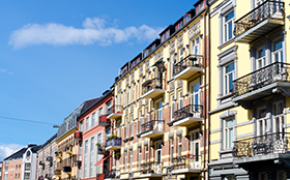 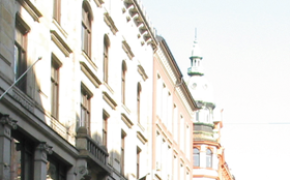 More than half of single parents with small children are tenants

Approximately one in four Norwegian households rent their homes. It is most common to rent in the larger cities. Tenant rates are especially high among single parents and people living alone.