Coal mining's share of turnover in Svalbard continues to diminish

The sharp decline in revenues from coal mining continues to pull down total turnover on Svalbard. Revenues from local KAUs in Svalbard declined by 15.8 per cent from NOK 3.6 billion to NOK 3.0 billion in 2015. 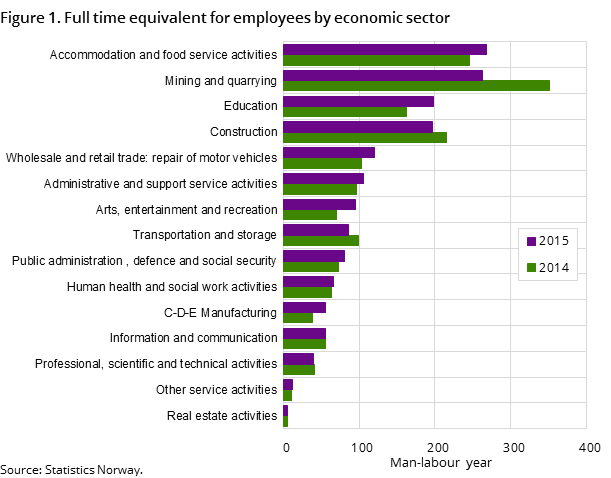 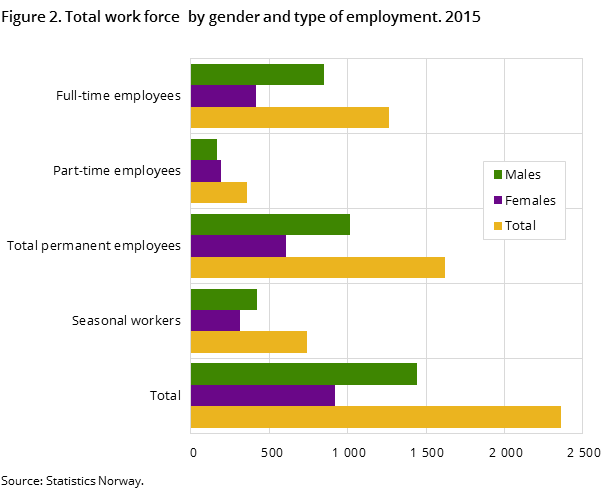 Revenue from coal mining fell by 39.0 per cent to NOK 593 million in 2015 following a decline of 24.0 per cent in 2014. Lower prices in the coal market, due to oversupply and low freight rates, continue to limit coal production in Store Norske. According to the company, the mining activity in 2015 was at the lowest level of operation.

Cost-cutting in Store Norske had a major impact on the airline industry, leading to a sharp fall in turnover for Svalbard’s transport and storage industry. Revenue fell by 43.1 per cent. The increase in tourist traffic was not enough to cushion the fall in passenger traffic stemming from the fall in mining activity.

Employment levels were maintained at high levels in spite of the downturn in coal mining. Local KAUs on Svalbard employed 1 648 full-time equivalents (FTEs) in 2015; 1.0 per cent more than in 2014.

The downsizing in the mining and extraction industries was offset by employment growth in tourism and cultural activities.

There was a big drop in the number of full-time jobs within the coal mining industry in 2015. Other industries experiencing employment growth hired more workers on a temporary, seasonal basis and as part-time employees.