Coal mining's share of turnover in Svalbard continues to decline

The sharp fall in revenues from coal mining pulled down the total turnover on Svalbard. Revenues from local KAUs on Svalbard declined by 5.8 per cent to NOK 3.6 billion1 from 2013 to 2014. 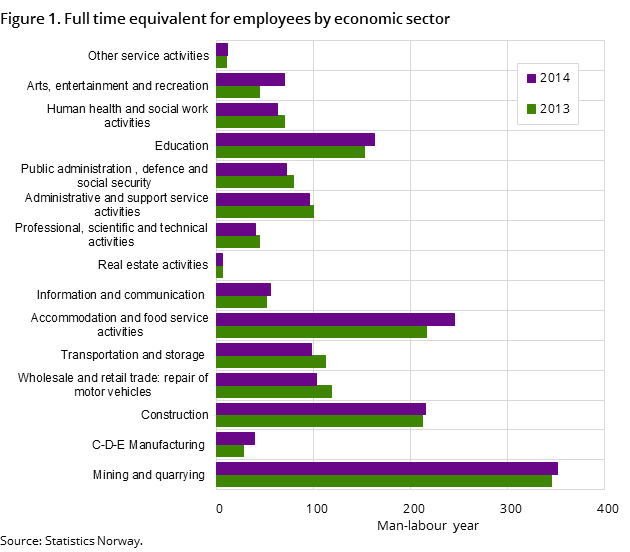 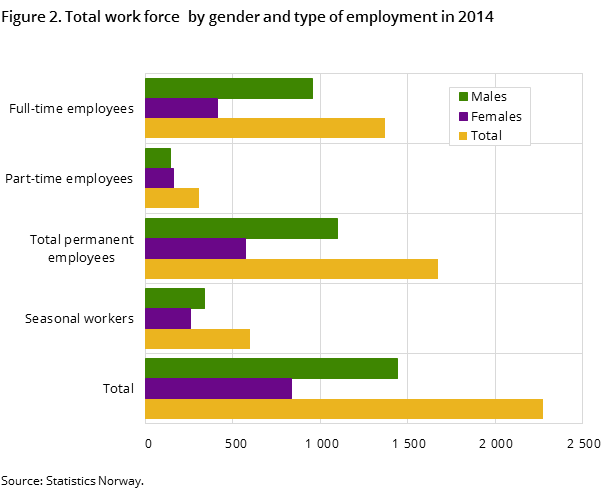 Revenue from coal mining decreased by 24.2 per cent to NOK 973 million in 2014. Sales in tonnes of coal (1 000 tonnes) in Store Norske were 1 675 in 2014; down from 1 855 in 2013. Lower prices in the coal market limited coal production. The new mine Lunckefjell was officially opened at the end of February 2014 and is, according to the annual report, still considered a natural project to continue when coal prices rise to a higher level.

Coal mining continues to contribute less to Svalbard's total turnover. In 2008, the proportion of revenue from mining and quarrying was 62.5 per cent, while in 2013 and 2014, the proportion was 33.8 per cent and 27.2 per cent respectively. Other industries continue to contribute a larger share of total revenues on Svalbard. In 2014, accommodation and food service activities, transport and storage and professional scientific and technical activities all experienced high revenue growth of 19.2 per cent, 19.7 per cent and 32.1 per cent respectively. These industries cushioned the fall in total revenues mainly due to the large decline in coal mining. Administrative and support service activities also experienced a decline in turnover.

Investments increased from NOK 626 million to NOK 836 million in 2014. The increase in investment was greatest in construction, accommodation and food service activities, and transportation and storage. There was also increased investment in professional, scientific and technical activities. Investment in mining and quarrying remained at the high level of 2013. Investments in industries other than coal mining indicate that there is a greater focus on creating a more differentiated business environment and society.

Employment levels remained at the high level of 2013. The companies on Svalbard performed a total of 1 629 full-time equivalents (FTEs) in 2014. This is around 2.2 per cent more than in 2013. In 2013, Store Norske downsized its workforce. In its annual report, Store Norske stated that significant job cuts were to come, but a few more FTEs were performed in the company in 2014. Employment growth was greatest in accommodation and food service activities and cultural and leisure activities. The decline in the number of employees was highest in retail trade and transport and storage.

There was an increase in all types of employment in 2014, but the largest growth was in the number of part-time jobs, particularly part-time positions held by men.