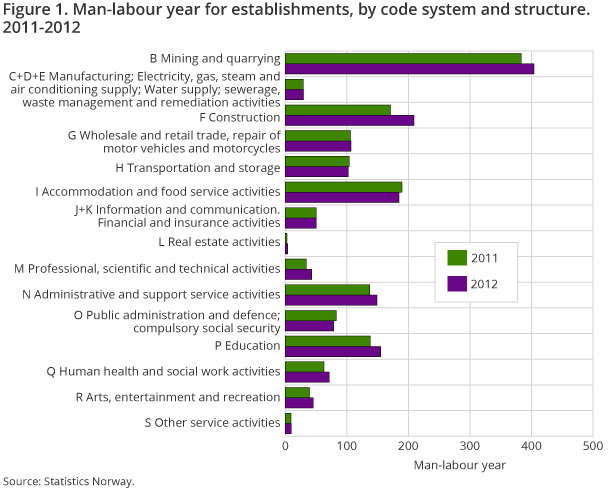 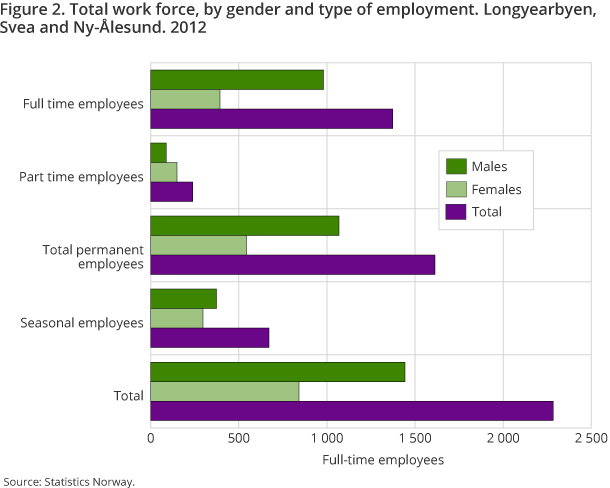 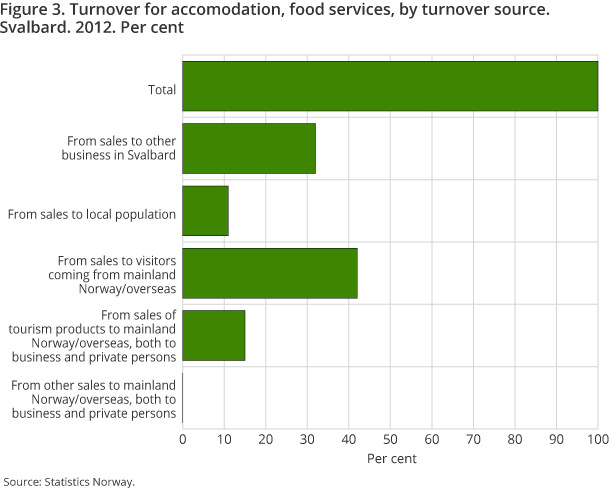 Mining and quarrying recorded the largest decrease in turnover, falling 33 per cent to NOK 959.8 million in 2012. Reduced activity in coal mining was largely responsible for the decline. According to the annual report for Store Norske Spitsbergen Kullkompani AS, a fall in coal production and coal prices in the world market led to a drop in sales in 2012. Store Norske's total coal production fell to 1.2 million tonnes in 2012, from nearly 1.5 million tonnes in 2011.

Turnover in the building and construction industry had the highest increase in 2012, up by over NOK 138 million, or 35.3 per cent. The increase was a result of the establishment of a new major enterprise in the fourth quarter of 2011.

Investments increased as a whole

Industries in Svalbard invested for about NOK 612 million in 2012; up NOK 209 million, or 52 per cent from 2011. The largest increase was in mining and quarrying, where investment rose 123.3 per cent to approximately NOK 295 million in 2012, reflecting the development of Lunckefjell mining infrastructure and the construction of a clean-up plant in Svea mine to improve the quality of coal extracted.

Other economic activities with increased investment were the construction industry, and information and communication, financial and insurance activities. Both of these industries invested a total of over NOK 125 million, up NOK 62.2 million.

The biggest decline in investment was in manufacturing; electricity, gas, steam and air conditioning supply; water supply; sewerage, waste management and remediation activities, where investment fell to NOK 8.4 million in 2012 from NOK 27.4 million in 2011.