Most enterprises were sole proprietorships and private limited companies

Sole proprietorships and private limited companies were the dominant legal form of enterprises in 2014. 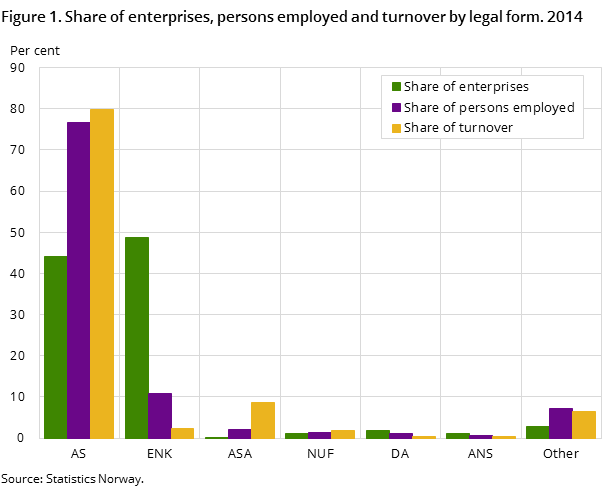 Lowest employment in the south and the north

High turnover within mining and quarrying

There were 1 115 enterprises in mining and quarrying in 2014, with a total turnover of NOK 1 259 billion. Turnover for enterprises within electricity, gas, steam and air conditioning supply was NOK 112 billion.

Most employees were in wholesale and retail trade, with 368 873 employed persons in 2014. Every enterprise in the industry employed 7 people on average. This industry also achieved the highest total turnover in absolute terms, with NOK 1 485 billion.