Most Norwegian-controlled enterprises are in Europe

In 2015, Norwegian companies controlled 4 513 enterprises abroad, across 124 countries. These enterprises had a turnover of NOK 1 280 billion and employed 280 275 persons. Compared to 2015, this was a 4.9 per cent increase in turnover. Seventy per cent of Norwegian-controlled enterprises are located in Europe.

The geographical breakdown of Norwegian-controlled enterprises abroad is shown in figure 1. The illustration shows the importance of Europe with its 3 144 enterprises, making it the largest continent with 70 per cent of all enterprises. Following Europe, Asia and North and Central America account for 14 per cent and 9 per cent respectively. Figure 2 shows the distribution of employment and turnover by the same geographical area. Also here, Europe dominates with regards to employment and turnover, followed by Asia and North and Central America. The 2015 sample had 767 new enterprises, while the remaining 3 749 enterprises were also represented in the 2014 statistics. 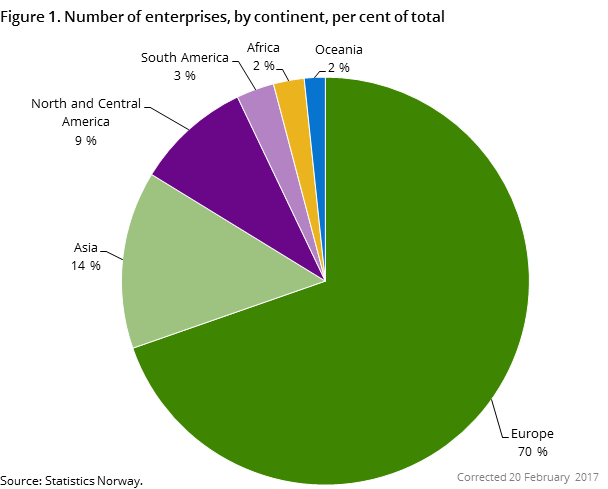 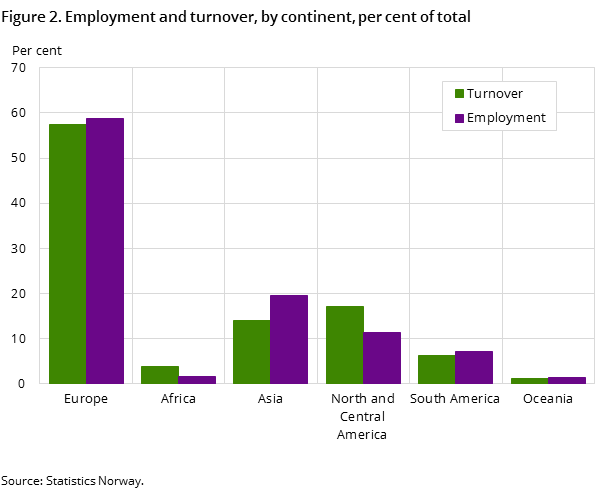 Six countries had half of the turnover

A few countries together account for more than half the turnover and almost half the employment in the world. These countries are shown in figures 3 and 4, with turnover and employment for 2014 and 2015. The two countries with the highest turnover were Sweden and the USA, followed by Denmark, Germany, Brazil and Great Britain. With regards to employment, Sweden and the USA remained the largest countries. With a slightly different order than for turnover, Brazil, Denmark, Great Britain and Germany followed. 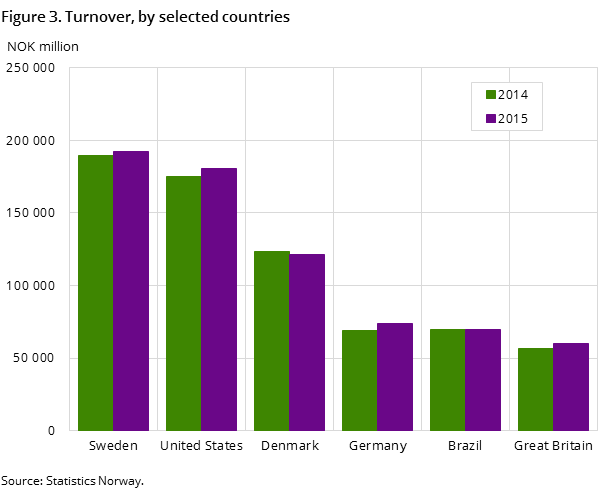 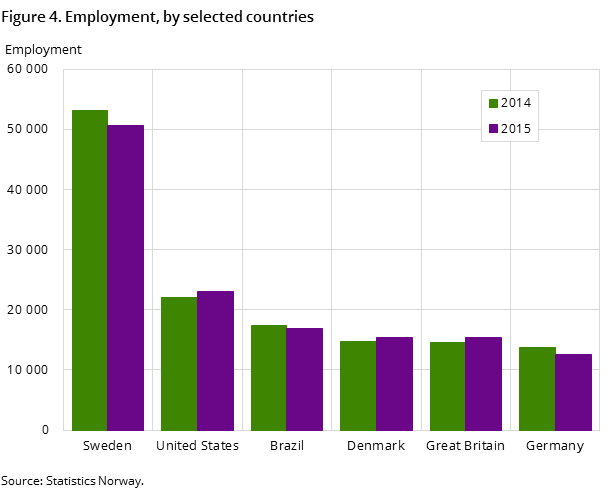 Most enterprises with ten or less employees 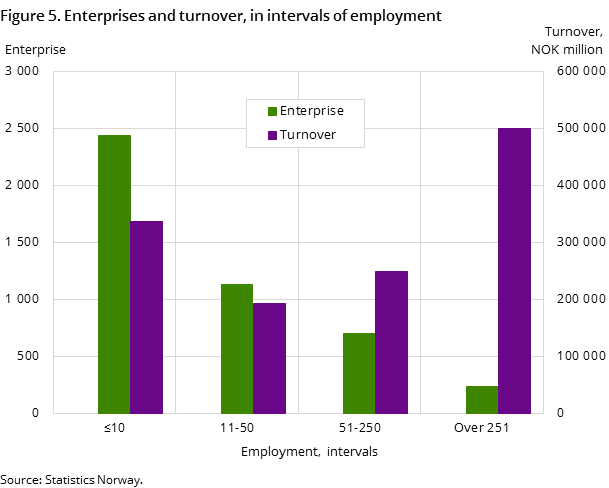