Import of goods amounted to NOK 67 billion in June – 24.6 per cent more than the previous year. Export of goods rose by 9.9 percent, ending at NOK 66.3 billion. The trade deficit thereby ended at NOK about 750 million.

Altogether this gave a trade deficit in June. The last time we experienced this was in December 1998.

Exports of crude oil came to NOK 16.4 billion in June – 21.7 per cent more than the previous year. A considerable higher volume contributed to the increased value, with maintenance works in June 2016 as an important explanation. A total of 42.9 million barrels of crude oil were shipped abroad at a price of NOK 381 per barrel. The amount of barrels was up 25.3 per cent, while the price was down 2.9 per cent compared to June 2016.

Natural gas at a value of NOK 11.8 billion was exported in June. This was an increase of 18.1 per cent. 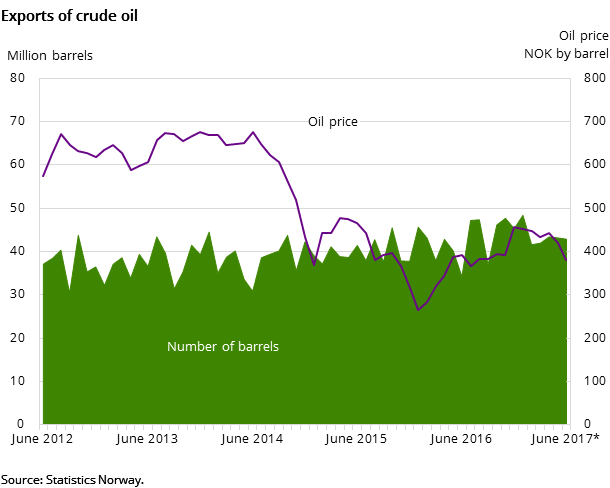