In the period January 21st – January 27th the export price of fresh salmon came to NOK 60.83 per kilo, down 3.3 per cent compared to the previous seven-day period. 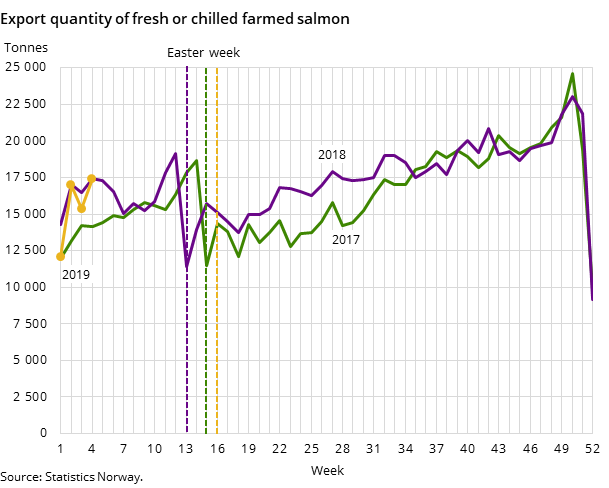