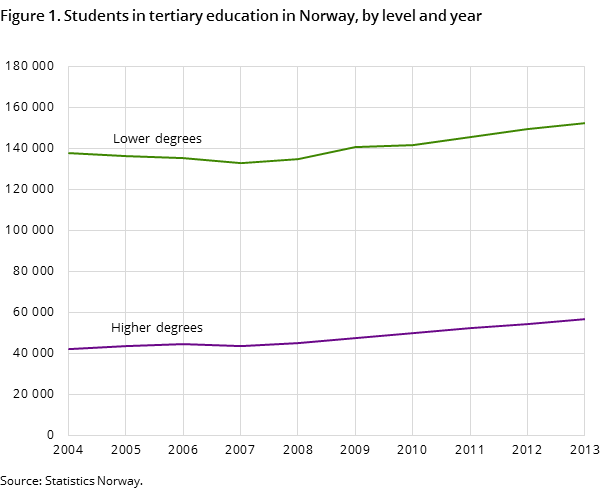 More than 30 per cent of the population in the age group 16 years and older have attained a tertiary education in Norway. The highest proportion with this level of education is among the age group 30-39 years, with more than 46 per cent.

20 per cent increase in contracted man-years since 2004

From 2004 to 2013, there was an increase of 20.5 per cent in the number of contracted man-years in public tertiary institutions, adjusted for long-term leave – or approximately 5 400 more man-years. The largest increase during this period was at the Norwegian Police University College, with as much as 198 per cent – or slightly less than 300 contracted man-years. From 2012 to 2013, there was an overall increase for all tertiary institutions by 2.5 per cent, or 800 man-years.

Tough entry requirements at the Norwegian School of Veterinary Science

Find time series for data on activities, input and outcomes in universities and colleges