Credits and graduations from higher education

Selected tables and figures from this statistics

Completed education: A student is considered to have completed an education when the educational institution has issued a diploma or somehow approved that he/she has fulfilled the requirements for completing the education in question.

Credits points: Students are awarded with credits when they have met the requirements for passing a course.

Academic year: A full academic year corresponds to 60 credits at universities and colleges in Norway.

Educational activity: According to the Norwegian Standard Classification of Education (NUS2000). Programmes are classified according to their level and field of study.

Ownership: Educational institutions are classified as either public or private.

Age: Estimated as of December 31.

Educational activities are grouped by the Norwegian Standard Classification of Education which was established in 1970 by Statistics Norway and later revised in 1973, 1989 and 2000. Educational institutions are classified as being higher education by the Standard Industrial Classification.

For international purposes, the ISCED 2011 is used (International Standard Classification of Education).

360 Division for Education and Culture Statistics

Figures are presented at national level, at municipal level and by educational institution. Data on enrolment in higher education include information that makes it possible to provide figures at other regional levels.

The data is provided for UNESCO, OECD and Eurostat (U-O-E).

Statistics Norway stores all data in a proper, standardised manner in consultation with the Norwegian Data Protection Authority.

There is a high demand for the collection of official statistics on education. Official education statistics are individual-based and document the educational activities of all Norwegian residents from completion of lower secondary school to completion of all higher education including doctoral/PhD studies.

The purpose of the statistics is to present individually based statistics of graduates and attained credit points in higher education in Norway.

Important users of the education statistics are the Ministry of Education and Research, public administration, researchers, special interest organisations, international organisations (Eurostat, OECD and UNESCO), media, business and industry. In addition, data is used internally in Statistics Norway in publications and in assignments.

No external users have access to the statistics and analyses before they are published and accessible simultaneously for all users on ssb.no at 8:00 AM. Prior to this, a minimum of three months’ advance notice is given in the Statistics Release Calendar. This is one of Statistics Norway’s key principles for ensuring that all users are treated equally.

In recent years, a number of institutions in higher education has been merged into larger units, see changes in educational institutions (in Norwegian).

Pursuant to the Statistical Act, Statistics Norway collects data on attained credit points and graduations from Database for Statistics on Higher Education (DBH) and the administrative systems of various higher education institutions. Information on completed doctoral degrees/PhD is included.

Surveys are not employed to collect education statistics.

Editing: Editing includes both control and revision and is performed on all educational data collected. It encompasses deletion of duplicate records, a control for correct and valid values for each variable, comparisons with last year’s data and checks for missing information. Several variables are re-coded to comply with control programs run by Statistics Norway. Personal ID-numbers are referenced against Statistics Norway’s population database to check for errors. At last, duplicate students are deleted, which implies that a student can only be counted once although the student may be registered for several educational activities or educational institutions at the same time.

Estimation: No estimation is performed. The statistics are based data obtained from university and college databases.

Data is not released where there are less than three units within a single cell in a table if there is a risk of identification, i.e. the data can be traced back to an identifiable person.

Statistical investigations may encounter various sources of error. The errors can occur either during data collection (in this case, during registration at the higher education institution) or during data processing (control and revision processes performed by Statistics Norway).

Inaccuracies in graduation statistics may occur when administrative registers wrongly define a student as meeting the requirements for completing a degree. In some cases, the diploma could be issued later than the actual time of completion, which leads to the degree being registered at an inaccurate time.

Regarding the registration of credit points, there may be cases of institutions or study programs where credits are only registered when the entire program is completed. In this case, a student could be registered with zero credits in the first years and registered with total credits (for example 180 credits) in the last year. 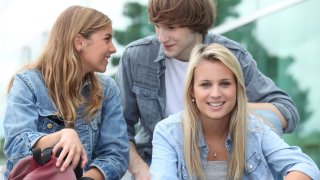