Indicators on education in the OECD

More than half of graduates are women

Most graduates from bachelor and master’s degree programmes are women in Norway and in most OECD countries. In a majority of OECD countries, more men than women hold a doctoral degree.

The OECD report Education at a Glance 2016 shows that 63 per cent of graduates from a bachelor’s degree programme in Norway in the academic year 2013/14 were women. Among all OECD countries, only Sweden had a larger proportion of women – 69 per cent. In only three countries – Germany, Japan and Switzerland – the majority of bachelor graduates were men. 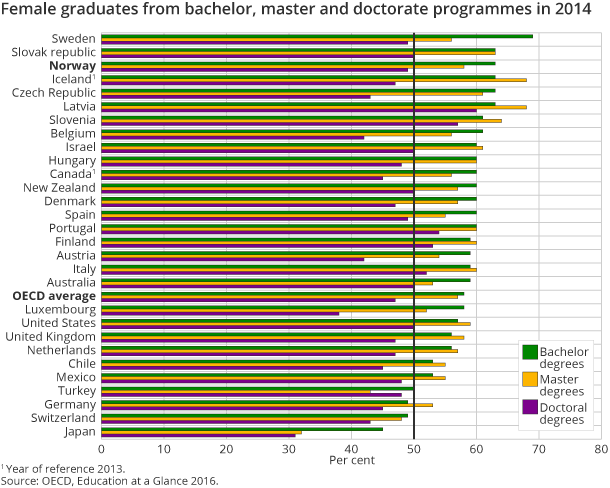 More men than women graduated with a doctoral degree during the academic year 2013/14. On average across OECD countries, 47 per cent of doctoral graduates were women, while the corresponding figure for Norway was 49 per cent. In eleven countries, women accounted for at least half of all graduates at this level. Finland was the only Nordic country where women outnumbered men at doctorate level (53 per cent). In the other Nordic countries, as in Norway, the female proportion among doctoral graduates was just below 50 per cent.

Figures from Statistics Norway show that 52 per cent of the doctoral graduates in Norway were women in 2014/15, and figures from the Nordic Institute for Studies in Innovation, Research and Education (NIFU) indicate that the female proportion among doctoral graduates will increase even more. 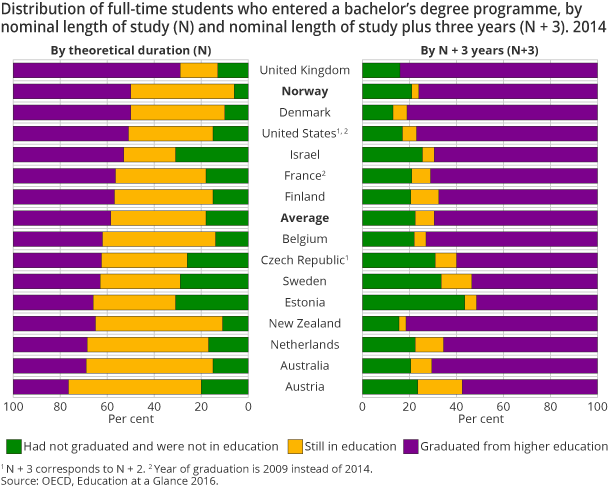 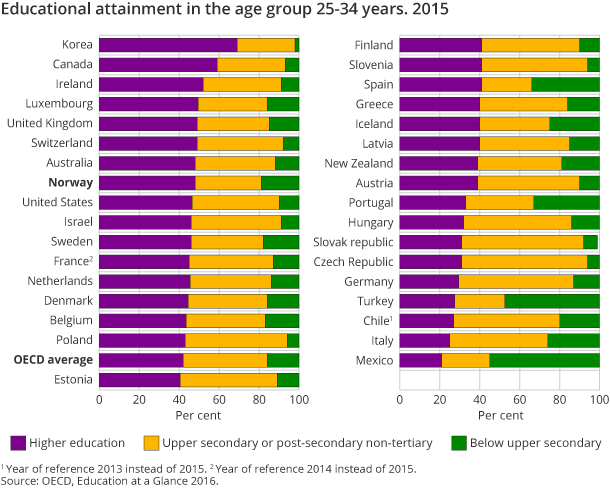