This year there are 629 275 pupils in Norwegian primary and lower secondary schools. A total of 58 per cent attend larger schools with 300 pupils or more. Eighty-seven per cent use the Norwegian written form bokmål, while 12 per cent use nynorsk. Eight per cent of the pupils received special education, almost 70 per cent of whom are boys. 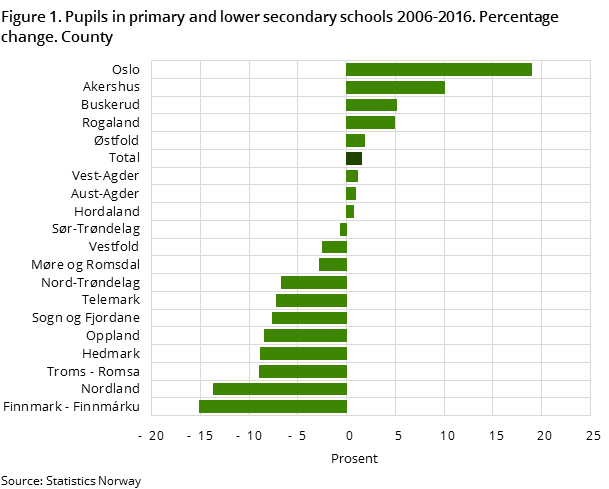 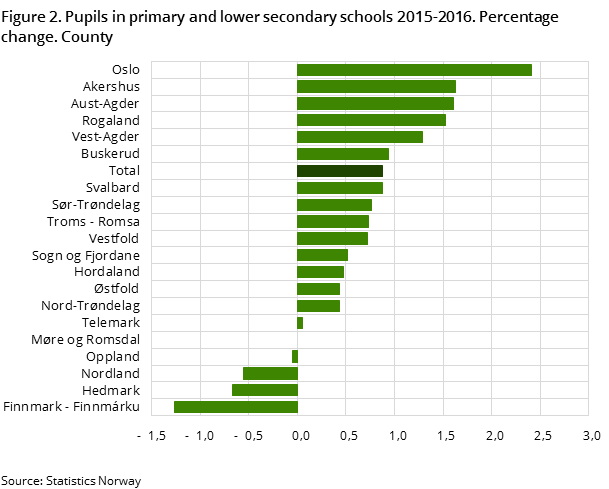 Decreased use of special education

The number of pupils who receive special education has steadily decreased from a top of 52 000 pupils in 2011. This year, about 50 000 pupils receive this type of tuition, which equals 8 per cent of all pupils.

Each pupil costs about NOK 16 5000 more a year then they did in 2006. KOSTRA figures for the fiscal year 2015 show that one pupil cost NOK 108 500 a year last school year. This includes costs for tuition, housing and travel to school. Wage expenditure amounts to 80 per cent of the total expenditure, and is the item that has seen the highest increase since 2006.

KOSTRA figures also show that 86 per cent of the teachers in primary and lower secondary schools have a tertiary education and educational science qualification. This number has remained stable over the last ten years.