90 per cent male pupils on some programmes

Men and women differ in their choice of upper secondary education. Women outnumber men in general study programmes, while men dominate in vocational programmes. Most pupils attend state schools, but the number of pupils in private schools has doubled since 2001.

About 200 700 pupils attended upper secondary school in October 2016. Almost 62 per cent were enrolled in programmes for general studies, a small increase compared with the previous year. 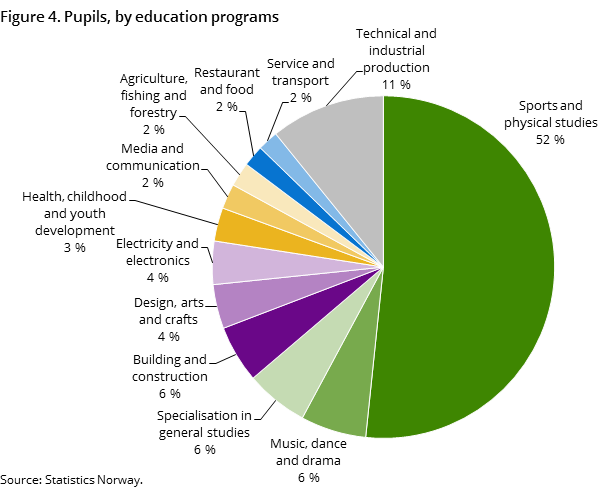 A skewed gender distribution in the different upper secondary programmes

With the exception of Sports and physical studies, women are in the majority in the different programmes for general studies. Fifty-six per cent of pupils in these programmes are female. 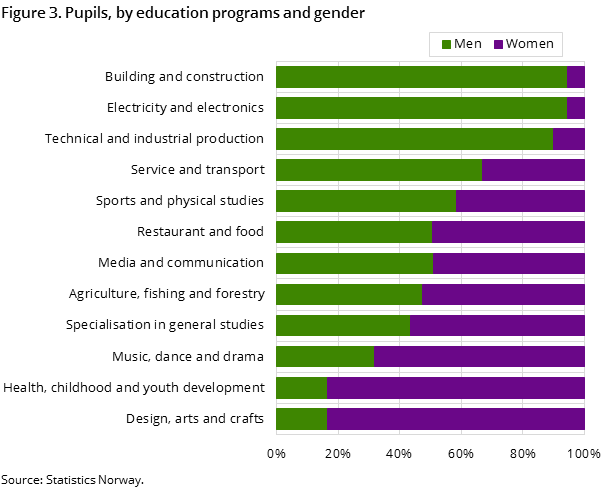 In the vocational programmes, the gender balance is reversed, with a male majority in most programmes. In Building and construction, Electricity and electronics and Technical and industrial production, as much as 90 to 95 per cent of the pupils are men. 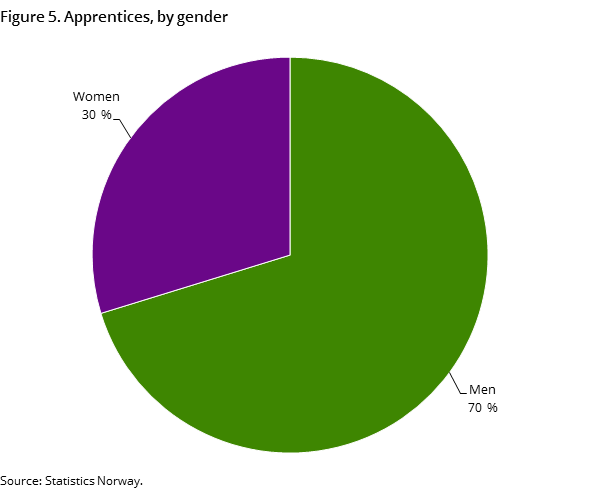 As in previous years, about 70 per cent of the 40 700 apprentices and 2 000 trainees in upper secondary education were men as of 1 October 2016. About half of all the female apprentices were on the Healthcare, childhood and youth development programme.

Increase in private school enrolment over the last fifteen years 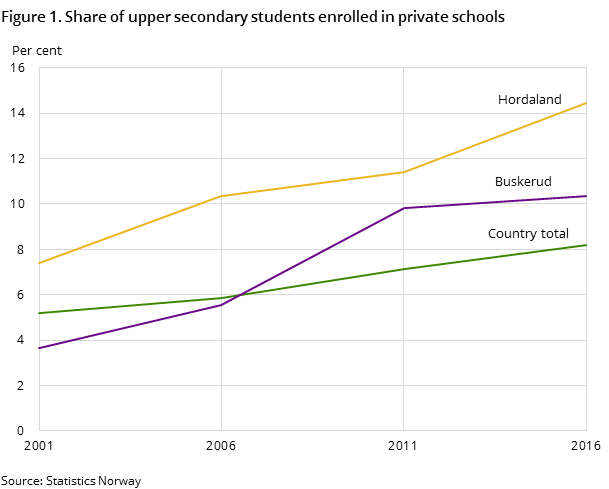 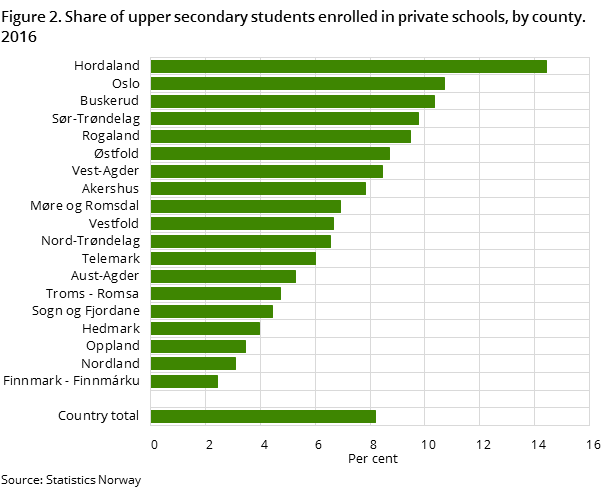