There were just over 20 000 completed parent mediation cases in 2015 – a decline of nearly 4 per cent from the year before. Meanwhile, there were more than 27 000 new family counselling cases, which constitutes a relatively strong increase of 8 per cent. 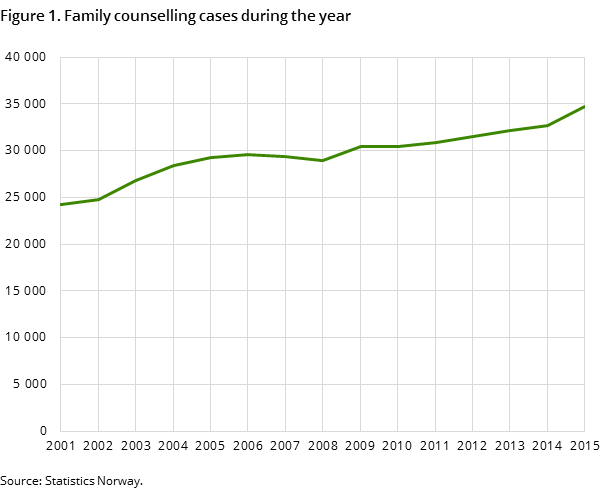 A total of 20 013 mediations for parents were completed in 2015; a decrease of just under 4 per cent from the previous year. Eighty-two per cent of all mandatory mediations concluded in 2015 were conducted by family offices. This kind of mediation is also conducted by external mediators. The external mediators concluded 18 per cent of the cases in 2015. These percentages are on a par with the previous year. Fifty-eight per cent of all cases were concluded after the one mandatory hour, compared with 60 per cent the year before. 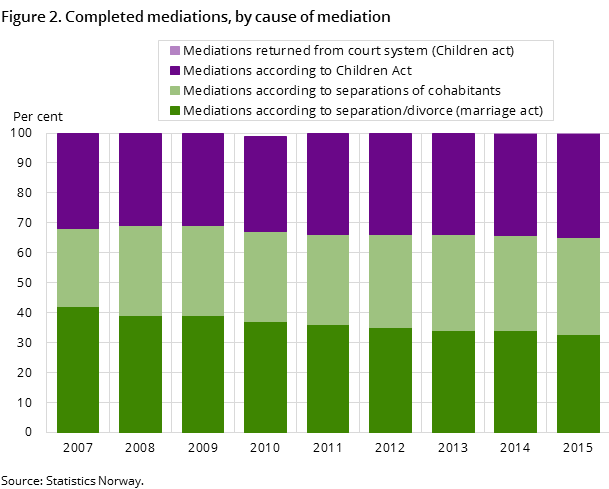 Mediation in connection with separation or divorce accounted for 33 per cent of all mediations, and the breakdown of cohabitation accounted for 32 per cent. Disagreements between parents about parental responsibility, place of residence and access arrangements (mediations under the Children Act) accounted for 35 per cent of the mediations. Few cases are referred back to mediation after they have been referred to the court system; this applied to 54 mediations in 2015.

About half of the mediations conducted by the family counselling offices resulted in written agreements. Children participated in 1 578 mediations in 2015.

...but shorter waiting times and duration 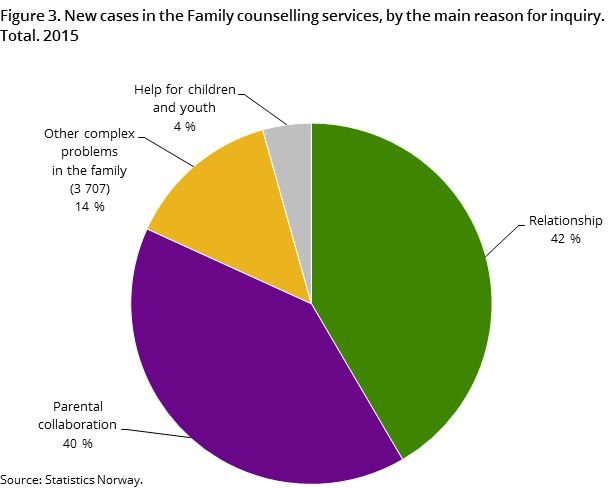 There are two types of themes that dominate as the "main subject" of completed family counselling cases in 2015: “To strengthen the relationship” and “Cooperation as regards children where parents do not live together”. These were each the main subject in 22 per cent of the closed cases. In 14 per cent of the cases the main theme was “To clarify/end the relationship”, and 9 per cent related to “Permanent residence/access arrangements”.

In 2015, the family counselling services worked with 80 clinical groups. Separation in the family was the theme for 24 of the groups, and 12 groups had relationship as a theme. However, the theme in group sessions for most groups (38) was violence or abuse.

The family counselling employees worked on an average of 71 cases each in 2015. This is an average decrease of 8 cases per employee compared to the previous year, indicating that the employees' workload with respect to client cases has decreased. 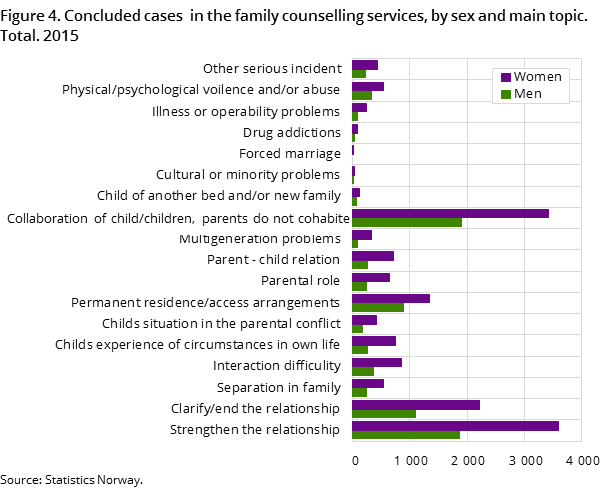 Some reduction in external activities

Family counselling cases make up just one of the many areas that family counselling offices work with. For example, courses and guidance for students, the support services and the general public also make up a large share of the work. Hours spent on these external activities were just under 14 700 in 2015; a reduction of 4 per cent compared to the year before. 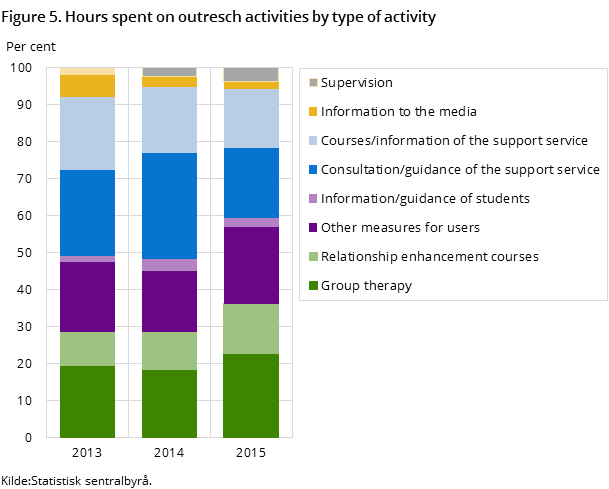 Re-adjustments and break in time series with effect from 2013

Re-adjustments and break in time series with effect from 2014

New data source for man-years from 2015

In the family counselling statistics, figures on man-years are based on register data. From 2015 and onwards, the register-based employment statistics are based on a new data source for employees. A common reporting system called “a-ordningen” is used for coordinated reporting of employees to the Norwegian Labour and Welfare Organisation, earnings to the Tax Administration and personnel data to Statistics Norway. For more information on the new data source, see About the statistics, Employment register based.