The first month of the decade resulted in a downturn in the producer price index (PPI). The lion’s share of this downturn came from most of the energy goods. A smaller dip in the prices on crude oil and natural gas was joined by a larger fall in prices on electricity.

In total, PPI fell by 1.3 percent from December 2019 to January 2020. Many factors were contributary to the large downturn in the electricity prices. First of all, the temperatures has been significantly higher than normal for January in large parts of the country. This mild weather was accompanied by lots of rainfall, which have increased magazine fillings. One a final note, there has been powerful winds in both Norway and the rest of the Nordic countries. The total production in these countries reached 1.85 TWh, in the first week of the year, which was at a record high.

The only thing that dampened the total downturn in electricity prices, was a smaller increase in rents on distribution. The total change in prices on electricity, gas and steam ended up at a negative 11.6 percent.

Small price increases for the industry

Refined petroleum products showed, which contrasted the other energy goods, a positive growth of 3.8 percent. The prices for other industries, like the chemical and mineral product industries, had price increases of 2.3 percent and 5.0 percent, respectively.

On the negative side of the scale, we could note the metal industry and the food industy, with negative growths in prices of 2.7 and 1.2, respectively. For the latter, especially seafood on the export marked showed negative numbers, after an upward trend in prices over the last couple of months.

The total index for the industry wounded up at a positive 0.3 percent.

PPI is measured by a weighted average of price changes. In order to make the index mirror the industrial structure in Norway, weights are updated in the transmission to a new year. The new weights take effect starting January, and they represents the value of the production in the industry the year before.

The largest change in weights from 2019 to 2020, we can find in extraction of oil and natural gas. Their production values sank by over 100 billion from the year before. This leads to a decrease in the weight share by 6 percentage points in 2020, to 31 percent of the total. The large downturn in production value can be explained by a small negative change in prices on crude oil, and a significant negative change for natural gas from 2018 to 2019. Refined petroleum products also had their share of the weights decrease, at about 0.9 percentage points, and now make up about 7 percent of the total. The last of the energy goods, electricity, also had decrease in production value from 2018 to 2019. Nevertheless, it had a marginal increase in weight share due to the large decreases in the petroleum sector.

For the works and manufacturing industries, the total weight share had a substantial increase from 2019 to 2020: 57 percent this year versus 52 percent in 2019. The largest contributor to this increase in weights comes from the food industry, which saw their share increase by 2 percetage points. 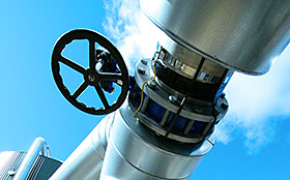