In 2016, Norwegian vessels delivered 2.0 million tonnes of fish, crustaceans and molluscs. This is 12 per cent less than the year before, and the lowest quantity in 25 years. The landed value of the catch came to NOK 18.2 billion, up 8 per cent from 2015, and the highest value ever recorded.

Seventy per cent of the catch was used for consumption, while 30 per cent was used for the production of meal, oil, animal feed etc. 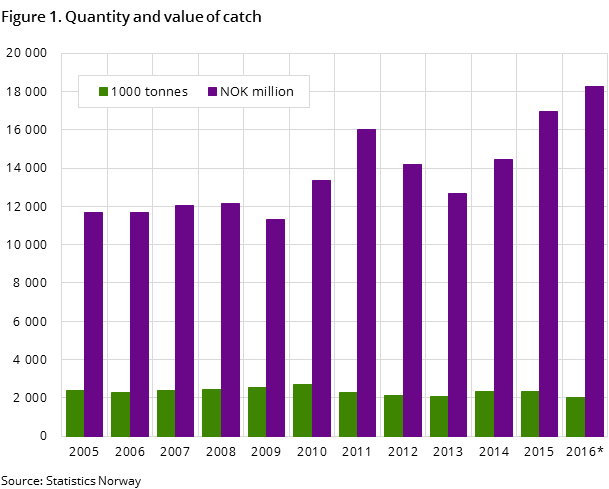 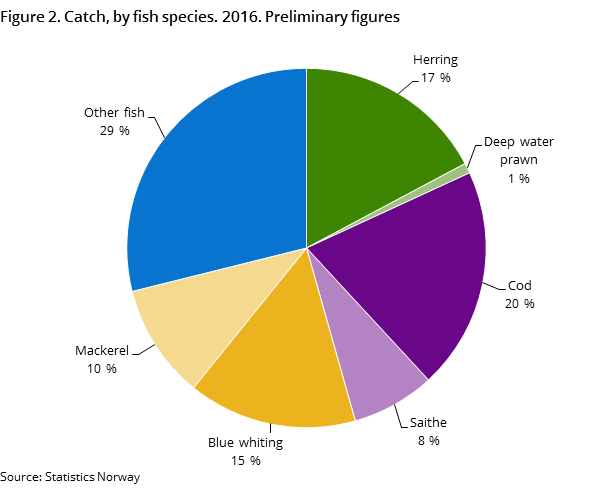 Drop in catches of blue whiting

The group "Other crustaceans and molluscs" mainly includes Antarctic krill. From 2015 to 2016, the catch quantity and first-hand value decreased by 6 and 22 per cent respectively. This group of fish species accounted for 9 per cent of total catch quantity in 2016.

Foreign vessels delivered 384 300 tonnes of fish and crustaceans in Norway in 2016. The total value of the foreign landings was NOK 3.7 billion. 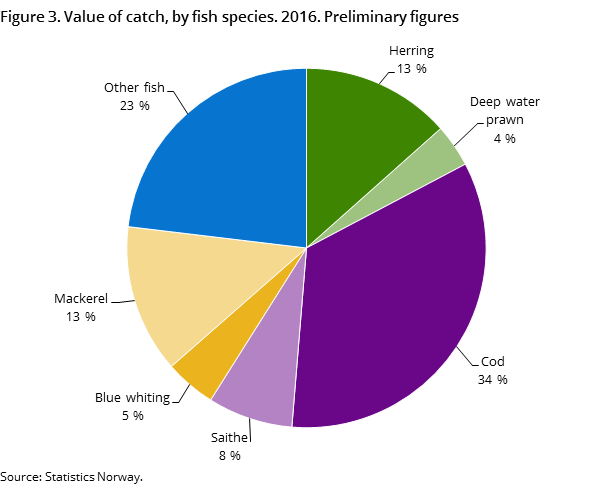 The statistics are based on data from the Directorate of Fisheries as per 4 January 2017. A small amount of the landed fish has not yet been sold.