Investments in agriculture in 2014

Final figures from the Sample survey of agriculture and forestry 2015 do not differ significantly from preliminary figures published on 17 February 2016. About 13 per cent of the holdings invested in farm buildings in 2014, which is two percentage points less than in 2011. Converted to 2014 prices, the investment per holding with investment was NOK 600 000 in 2014 and NOK 580 000 in 2011. 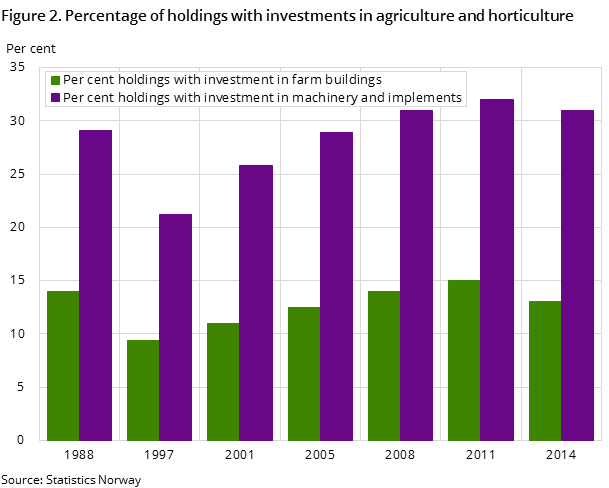 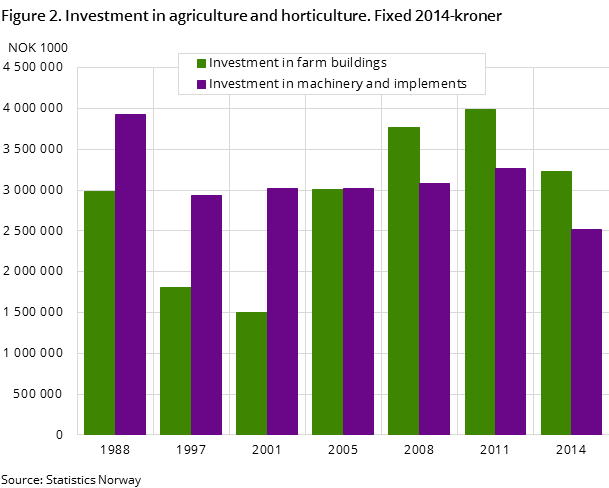