The total labour input on agricultural holdings in the period 1 August 2015–31 July 2016 amounted to 82 million man-hours. The average labour input in agriculture and horticulture per holding was 2 000 man-hours. 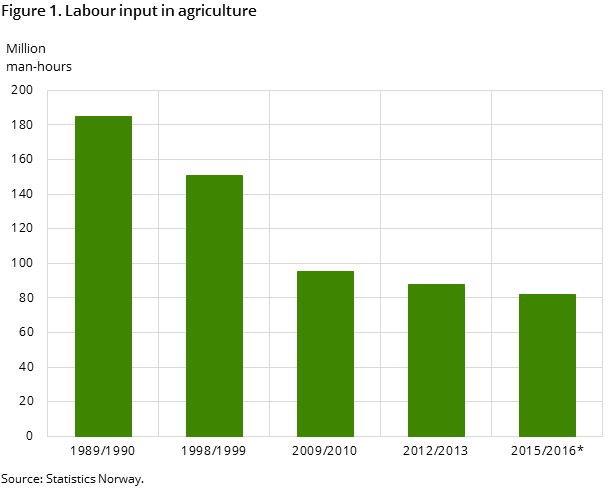 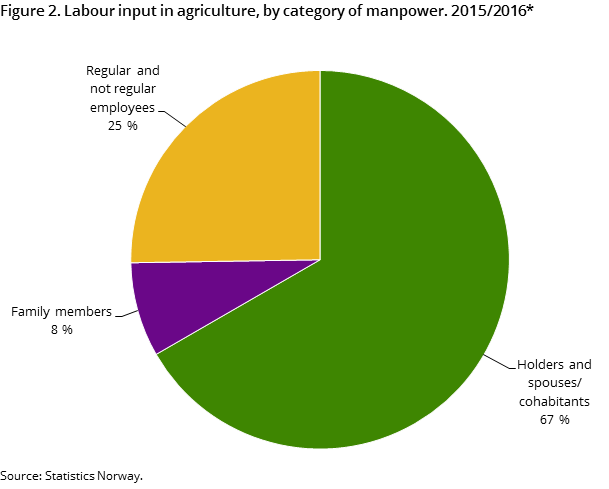