One in six people regularly provide unpaid care to elderly, sick or disabled persons. The highest percentage giving such care is found in the age group 45-66 years, and most often they help their own parents.

One in five middle-aged 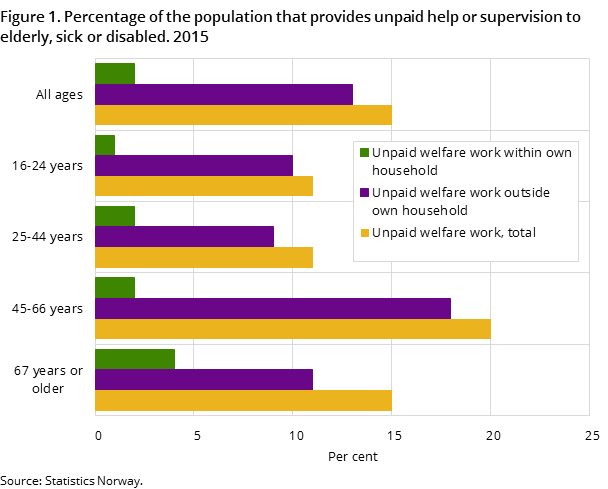 When only persons who have living parents are taken into consideration, the percentage of persons aged 45-66 caring for their parents is 19. Among persons 67 years or older the corresponding percentage is 31. However, only 4 per cent in this age group have parents who are living, compared with 63 per cent of those aged 45-66 years. 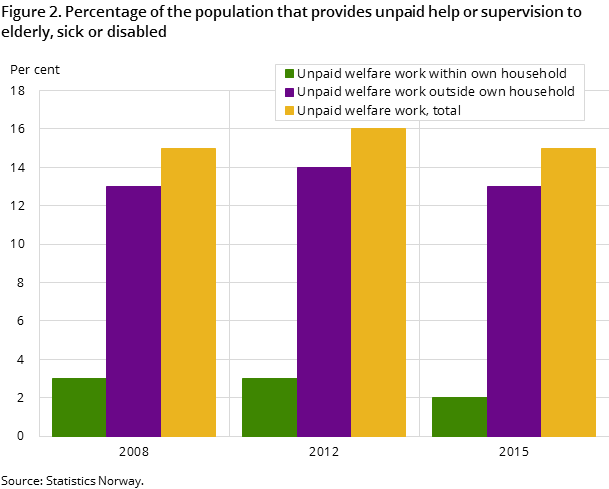 On average, persons who regularly provide help to others spend five hours per week on unpaid welfare work. There is no difference in average number of hours spent on care work between men and women, nor between persons in different age groups. 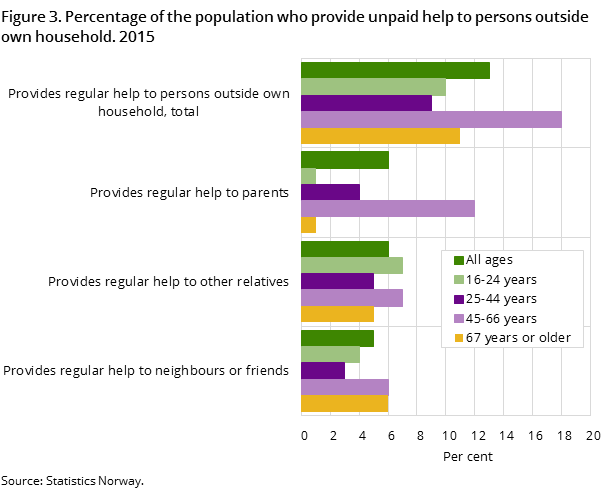 The percentage performing unpaid welfare work is approximately the same for men and women. Nevertheless, there are some differences in the type of help given. It is slightly more common for women to help their parents with grocery shopping – 10 per cent of women with parents over 66 years report this, versus 7 per cent of the men. Women also more often help their parents clean – 5 per cent of women with elderly parents help with cleaning, versus 2 per cent of men. Gender disparities are smaller when it comes to other practical help, care and supervision, as well as assistance with home care services. 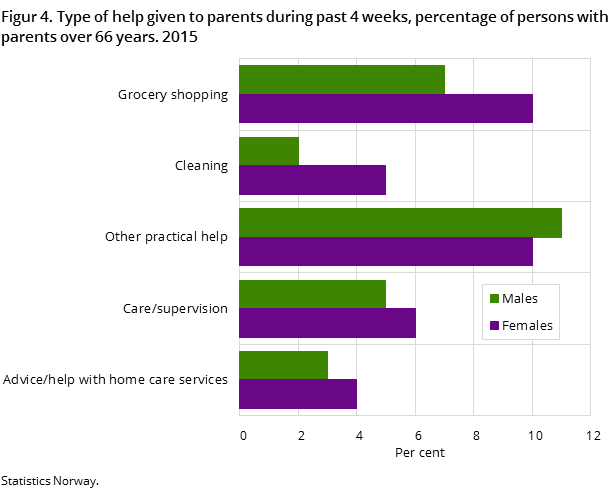 The percentage that regularly provides unpaid help to someone who is elderly, sick or disabled is somewhat lower in urban areas than in other areas of residence. In total, 13 per cent of persons living in densely populated areas with at least 100 000 inhabitants do unpaid welfare work, compared with 16 per cent of persons living in smaller towns, and 15 per cent in sparsely populated areas. The disparities in welfare work load by area of residence are relatively small and may relate to variations in the distribution of the population across areas according to age and distance to family members in need of assistance.