Large increase in the use of heat pumps

In 2012, 27 per cent of all households had a heat pump, which is 9 percentage points more than in 2009. In particular, it is households in detached houses and farmhouses that invest in a heat pump. The survey also shows a downward trend in energy use per household. 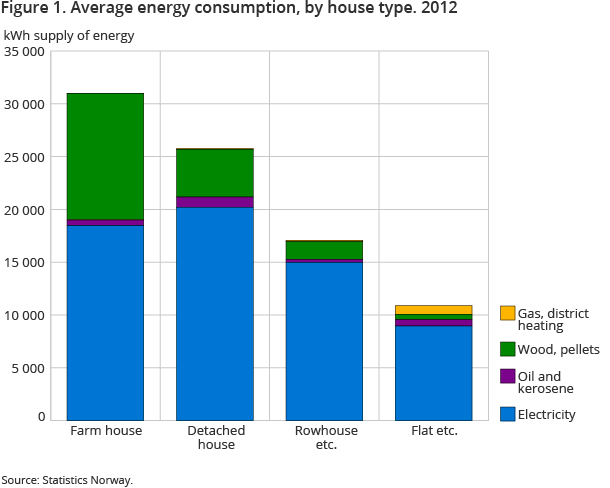 There are large regional differences in energy use and also in the distribution of heat pumps. While only 5 per cent of households in Oslo had a heat pump, the corresponding figure for Hedmark/Oppland is 40 per cent. This reflects the different composition of the housing stock. While there is a predominance of small flats in Oslo, there is a far larger share of large detached houses in Hedmark and also in many other regions in the country. 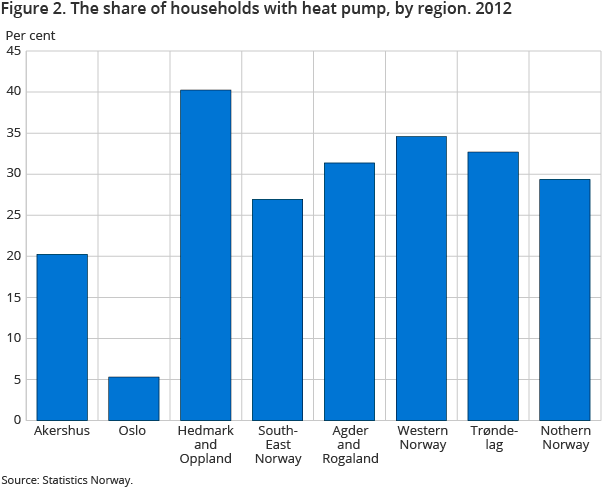 Some energy saving with heat pumps 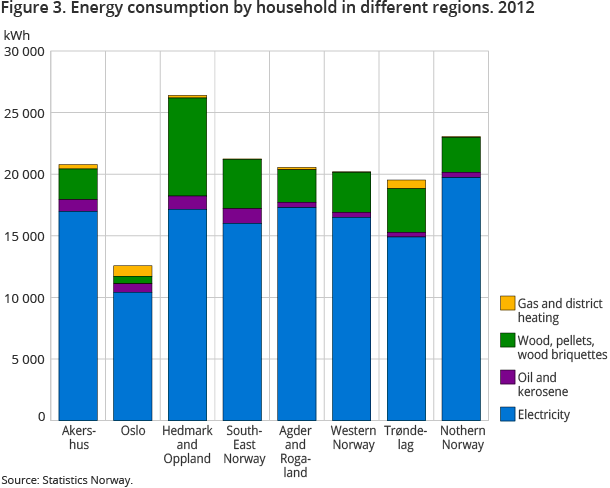 Since air-air heat pumps are driven by electricity, the power consumption is not necessarily reduced, unless the household only used electricity before the purchase of the heat pump. Besides, there are many who use the heat pump for cooling in the summer, which could push up electricity consumption.

Average energy consumption per household in 2012 was 20 230 kWh. Of this, electricity made up approximately 16 000 kWh. Our second most important energy source is fuel wood, which amounted to around 3 200 kWh per household. The use of oil has dropped sharply downward, and was around 700 kWh in 2012. This is half of the oil consumption level in 2006. The total average energy consumption in 2012 was somewhat lower than in the last corresponding survey in 2009, despite the fact that it was somewhat warmer in 2009 than in 2012. In 2012, the temperature was 0.4 per cent above the normal temperature for the period 1961-1990 , while in 2009, it was one degree above the normal climate. Energy consumption per household has had a declining trend since the 1990s, both in total per household and per square metre of floor space. 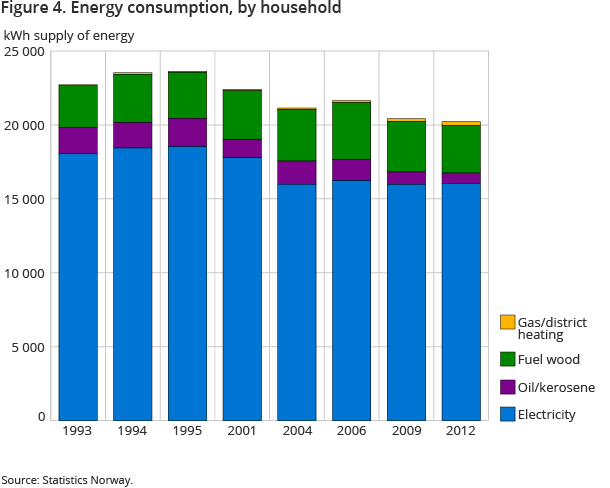 One reason why energy use has been reduced in recent years is that there has been a milder climate. However, in 2010, it was colder than normal for the first time in many years, and then the household energy consumption reached a peak. For the other years, it has been warmer than normal. Furthermore, Norwegian electricity prices have reached the average European level, with NOK 0.8-1 per kWh of electricity, while Norway previously had one of the lowest electricity rates in Europe. 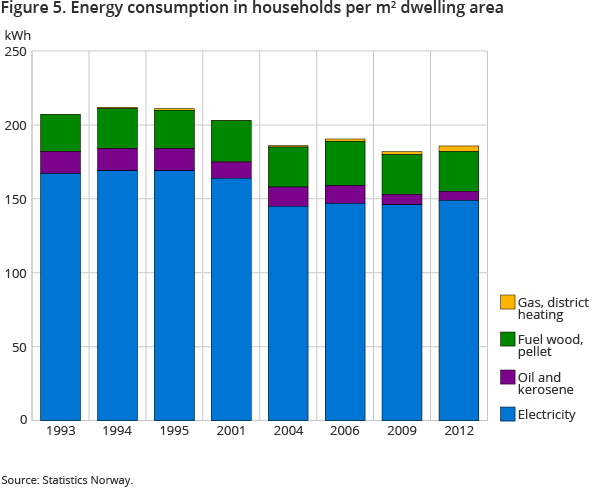 According to the survey, 36 per cent of households said that they have taken steps to reduce energy consumption, and of these, around 80 per cent said that an important reason for their effort was to reduce energy costs. Around 40 per cent said that they had added more insulation to their dwelling, while 61 per cent say they have changed to windows that insulate better. In addition, there are also higher insulation requirements in new dwellings, which has contributed to a decrease in specific energy consumption . While the specific energy consumption is approximately 200 kWh/m 2 in dwellings built before 1954, it has dropped to 172 kWh/m2 for dwellings built after 1997. A small proportion (1.6 per cent) also said they have low-energy or passive houses . The increase in heat pumps can also be assumed to have had some effect on the levelling out of household energy use.