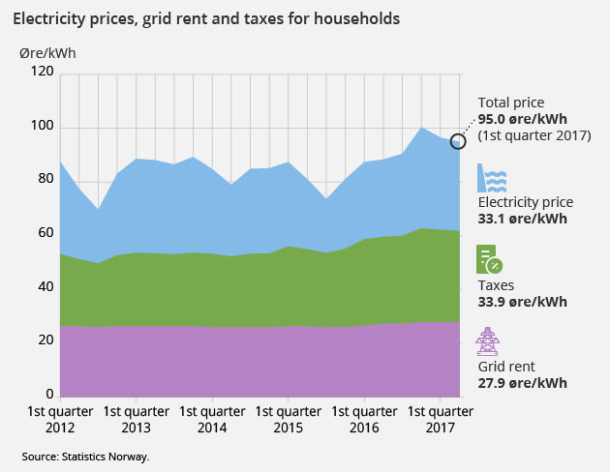 According to the Norwegian Water Resources and Energy Directorate (NVE), the main reason for the increase in electricity prices in the second quarter of 2017, compared with the previous year, is that the Norwegian reservoir filling rate was lower at the start of the period this year. However, this improved over the period and was at about the same level as the previous year at the end of the quarter.

Contracts with variable price were most expensive