Development has changed in the extraction industry

After two years of decline, the development has been reversed in the industries within extraction of oil and natural gas. However, production costs and staffing numbers have continued to be cut.

Written by: Maria A. Campechano

Price effect due to increase in production value

Although there has been a positive development for the oil and gas extraction industry, there is still some uncertainty. The most vulnerable sector is within extraction-related services, which is affected by the fact that the market for projects in the oil industry and field development is still weak. 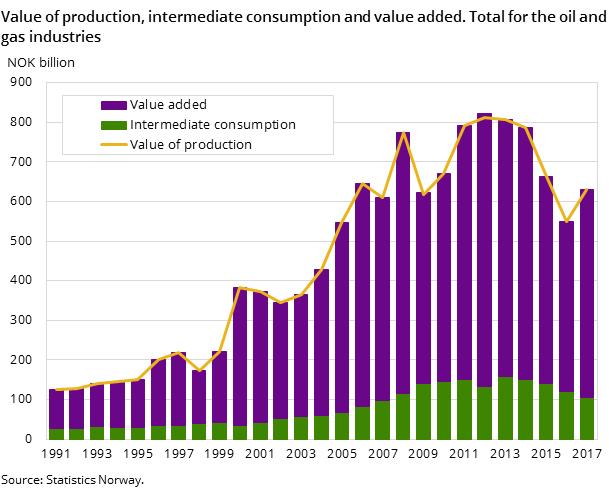 The total value added, had a significant increase of 22.7 per cent in 2017. The figures show that the oil and gas extraction had an increase of 26.6 per cent. This is mainly due to increased oil and gas prices.

Prices in the related services industry fell sharply in 2017, with a decline of 16.9 per cent compared with the previous year, while the intermediate consumption decreased by 13.5 per cent and ended at NOK 104 billion. The increase in production value and value added is due to a drop in oil and natural gas prices  and reduction in costs in 2017. Total production of oil and natural gas (measured in Sm3) was almost unchanged compared with the previous year.