Never before has the migration across county borders been as high as in 2017. People are moving to central areas, and steadily more are moving out of rather than to Oslo.

Akershus is one of twelve counties with increased domestic migration gains from 2016 to 2017. The highest upswing was definitely Vest-Agder, with a growth of 1 500. The growth of Vest-Agder and Aust-Agder means that they now have positive domestic net migration.

Continued growth in the Akershus municipalities 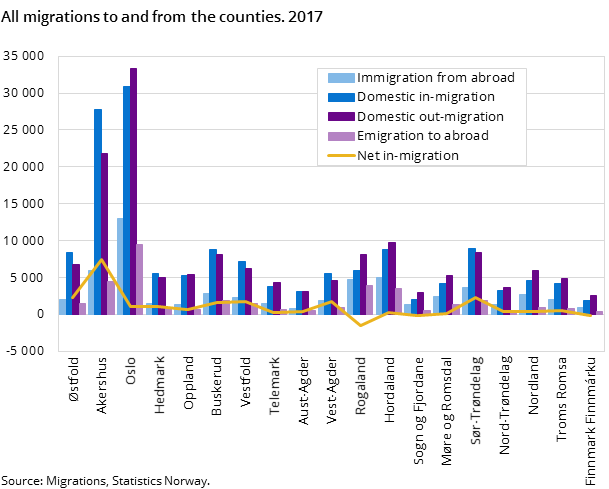